News
You are here : Home / Baptized and sent 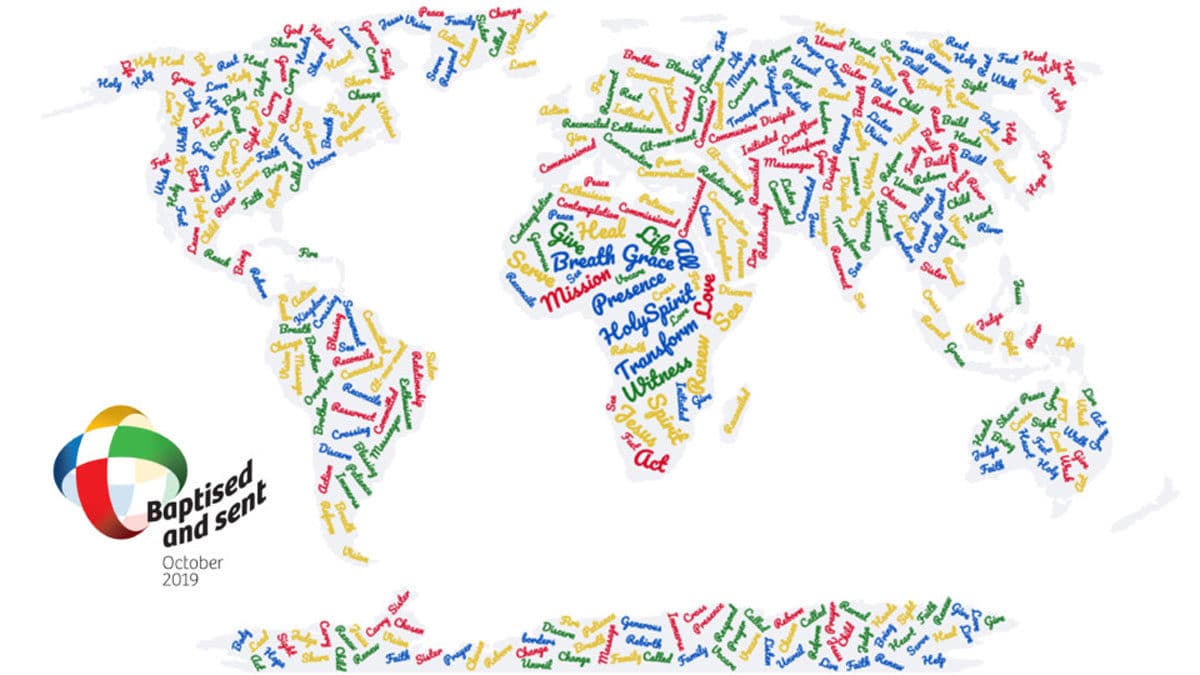 The Theme of the Extraordinary Missionary Month October 2019

“Baptized and Sent: The Church of Christ on Mission in the World” is the theme chosen by Pope Francis for the Extraordinary Mission Month. Awakening the awareness of the missio ad gentes, and reinvigorating the sense of responsibility for proclaiming the Gospel with new enthusiasm, are themes that combine the pastoral concern of Pope Benedict XV in his Apostolic Letter Maximum Illud, published 100 years ago, with the missionary vitality expressed by Pope Francis in his recent Apostolic Exhortation Evangelii Gaudium: “Missionary action is the paradigm of every work of the Church.” (EG 15)

How to Live the Extraordinary Missionary Month October 2019

There are four dimensions, specified by the Pope, to live more intensely the journey of preparation for the Extraordinary Missionary Month October 2019:

A personal encounter with Jesus Christ alive in His Church through the Eucharist, the Word of God, personal and communal prayer;
Testimony: missionary saints, martyrs and confessors of the faith, as an expression of the Church scattered throughout the world;
Missionary formation: biblical, catechetical, spiritual and theological;
Missionary charity.

The Congregation for the Propagation of the Faith [Propaganda Fide]

In 1622, the Congregation for the Propagation of the Faith – Propaganda Fide – was created by Pope Gregory XV for promoting and directing the work of evangelization and of the missionary efforts of the Church. In 1967, Pope St. Paul VI reaffirmed the validity of its apostolic service and gave the Dicastery a new name: The Congregation for the Evangelization of Peoples (CEP). All of the baptized, through the real efficacy of the Christian Faith expressed in active charity, are responsible for the mission of the Church, supporting the Holy Father in his mission as Universal Shepherd.

The Pontifical Mission Societies (PMS) are committed to promoting and supporting the missionary efforts of the Church through prayer, self-sacrifice, and missionary vocations. They were born from a deep concern for the missions of both laity and clergy in the19th and 20th centuries. The Congregation for the Evangelization of Peoples (CEP) together with the Pontifical Mission Societies (PMS) are currently reinforcing their “efforts to collect and distribute material aid in the light of [their] mission and the formation that this requires, so that missionary integrity, awareness, and responsibility can once again be part of the ordinary life of the entire holy and faithful People of God.” (Address of his Holiness Pope Francis to the National Directors of the Pontifical Mission Societies, June 1st, 2018).