News
You are here : Home / A Long Journey of welcoming comes to an end

A Long Journey of welcoming comes to an end

For forty years, Sr. Mary Stiefvater, 81 and Sr. Christine Scherer, 77 would come home every day from their ministries and their work would not be done. By day, Sr. Mary was a Pastoral Associate and Sr. Chris a Director of Religious Education. During all other times and days of the week, their work continued in their home with the women who were sent there for safety and to start a process of healing and personal redemption.

“The women came from all over the world: Africa, India, Pakistan, Colombia, Mexico, Peru, and the United States, but were delivered in the same vehicle driven by a clever trickster.” 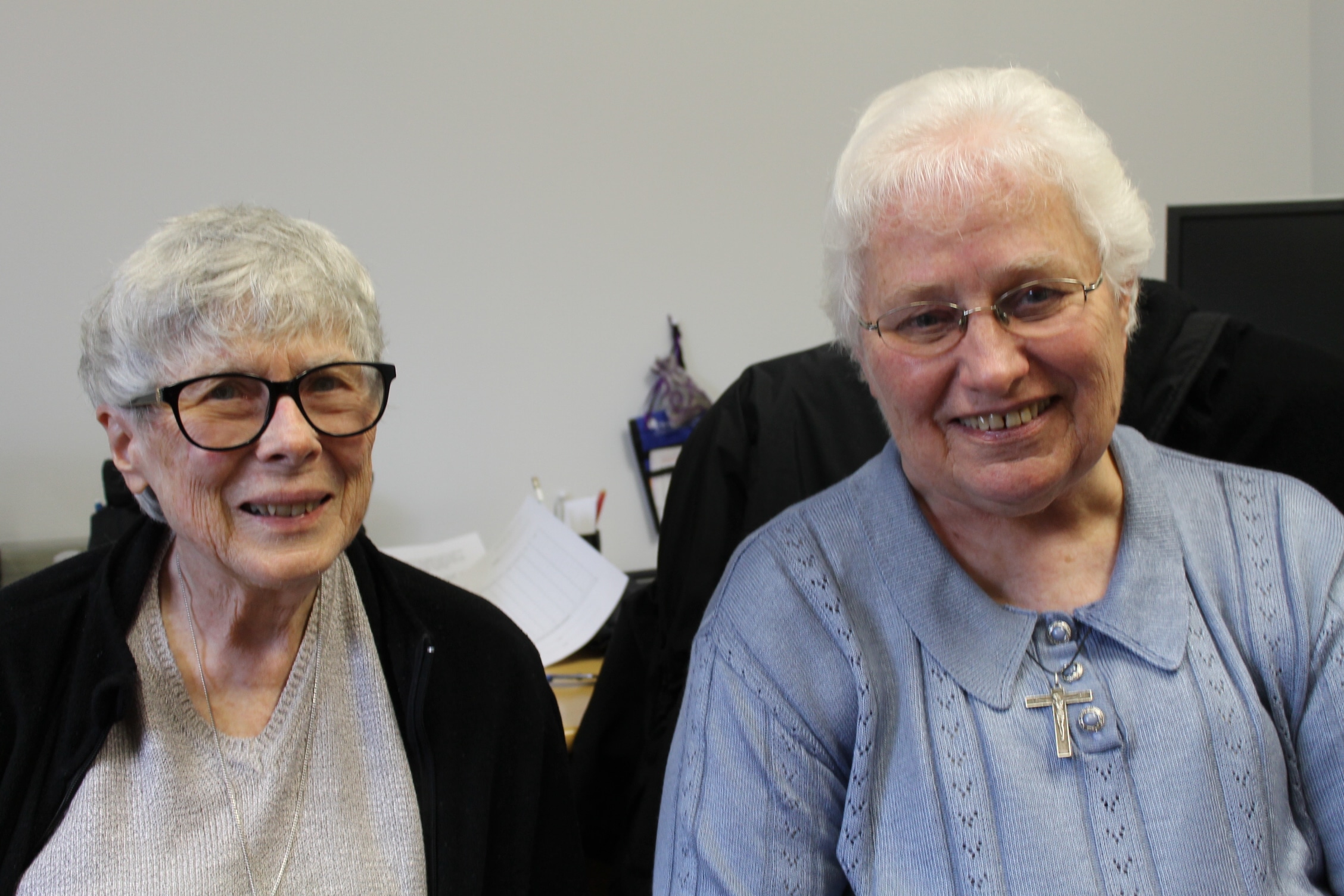 Initially, Sr. Mary and Sr. Chris provided emergency shelter to women who were victims of domestic abuse, and then to those who were either trafficked for sex or labor. For most of them, the circumstances under which they arrived at Sr. Mary and Sr. Chris’ doorstep were similar: promises of a better life, a career, money­­­- all deceitful ploys.

By providing a “safe” home, one with a nonthreatening and demanding agenda, the women were able to begin to find purpose and become empowered. Over the years, the Sisters opened their door to thirty-five women of all ages. Many of the women who arrived broken at their door were indeed a challenge. Most typically they all came afraid for their lives, there were language barriers and cultural differences that needed to be understood and respected. But in the end, they came to share their stories, their cuisine, the progress of their lives, and for many enduring friendships.

“With continued healing through counseling, education, and direction for career paths, coordinated by a network of agencies working together, the Sisters said they had numerous success stories and several of the women maintain contact with them.”

Earlier in the year the Parish community of St. Matthew’s RC Church in Brooklyn, NY, gathered for a special farewell Mass and reception for Sr. Chris and Sr. Mary. Now both retired, the Sisters have relocated to the Islip Community on Long Island, NY.

The Mass presided over by Rev. Frank Black, recognized the sisters for their faithful service to the church and community and encouraged them to embrace their future calls. From senior members to the youth who grew up in the congregation with Sr. Chris or Sr. Mary as their teacher, spiritual guide, or friend, gratefulness abounded and remarks that “had it not been for them, they did not know where they would be today.”