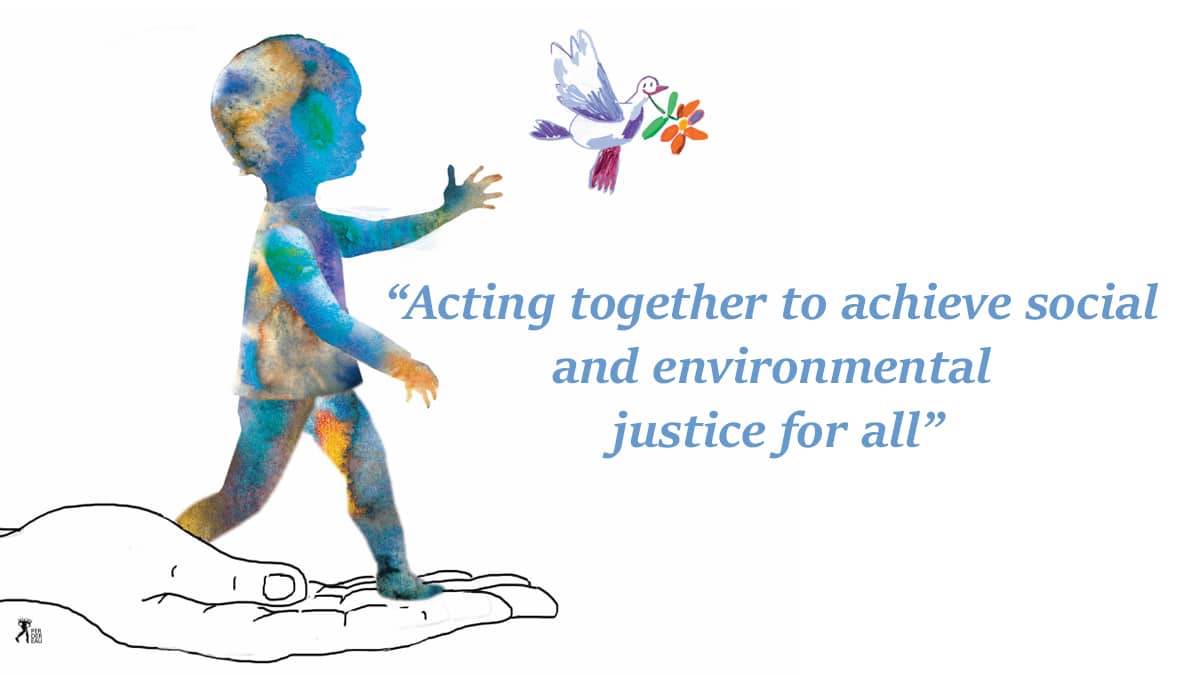 United Nations International Day for the Eradication of Poverty

Theme – “Acting together to achieve social and environmental justice for all”

The theme for the Day this year addresses the challenge of achieving social and environmental justice for all. The growing recognition of the multi-dimensionality of poverty means that these two issues are inseparably intertwined, and that social justice cannot be fully realized without aggressively rectifying environmental injustices at the same time. Whereas progress has been made in addressing income poverty, there has been less success in addressing the other important dimensions of poverty, including the rapidly growing impact of the environment, within a more holistic approach.

As the global environmental situation continues to deteriorate, the lack of urgency and focus on repairing and limiting damage to our shared environment is moving humanity relentlessly towards an increasingly poisoned and damaged world. We continue to overexploit, mismanage, and pollute vital natural resources, including land, fresh water and our oceans. Such environmental damage and destructio disproportionately affect the livelihood, food security and health of people living in poverty.

We are losing crucial biodiversity from deforestation, land-use change and other human caused activities, while the inappropriate use of pesticides, heavy metals, plastics and other substances is causing such compounds to appear in alarmingly high levels in our food supply. Plastic litter, including marine plastic litter, can be found everywhere and microplastics are present in the food we eat, in the water we drink, and in the air we breathe.

Roughly 1.4 million people die each year from preventable diseases, such as diarrhea and intestinal parasites, associated with poor sanitation and lack of access to clean drinking water. Air pollution, from smog in cities to smoke inside the home, poses a major threat to health and kills an estimated seven million people worldwide every year — 9 out of 10 people breathe air containing high levels of pollutants. Most of the disease burden, especially in developing countries, is the consequence of poverty.

You will find in PDF, the entire article