News
You are here : Home / Co-Pain Hope Committee: Reaching out to Others

Co-Pain Hope Committee: Reaching out to Others 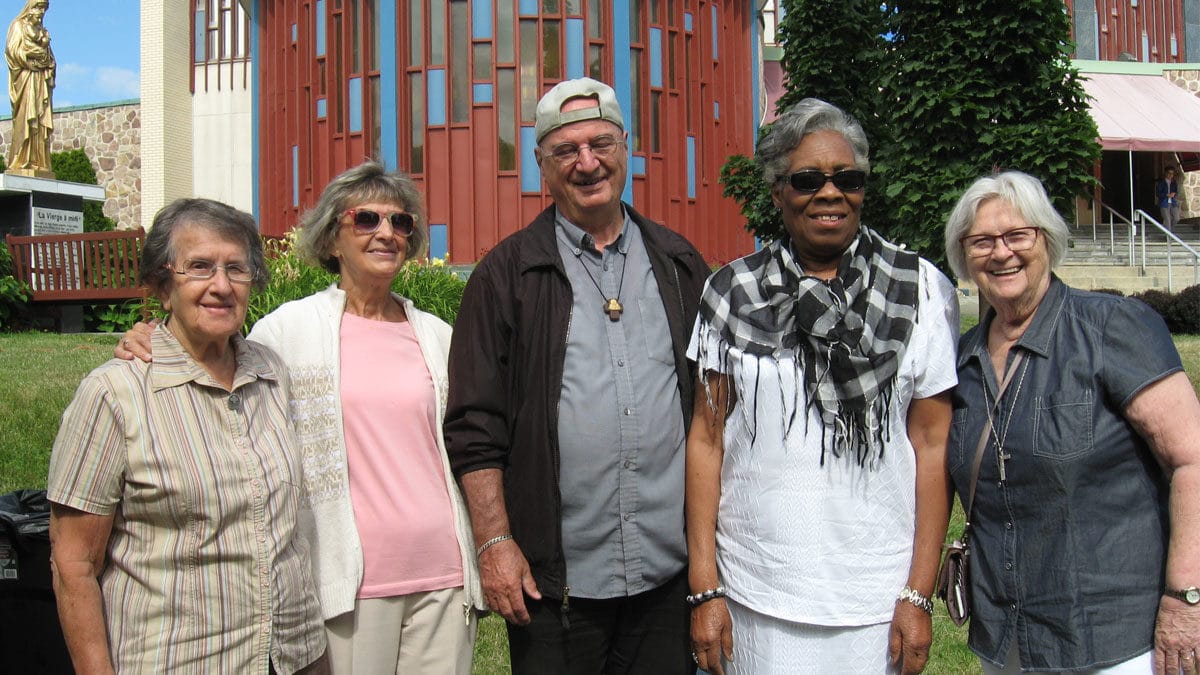 Two Daughters of Wisdom in Canada, members of the Co-Pain Hope Committee, are reaching out to vulnerable people, striving to create and to maintain links with them. This initiative was taken following a reflection of the pastoral Committee of the Marie Reine-des-Coeurs Sanctuary in Montreal.

Our actions on based on the word of the Gospel, “Let us not love in words, neither in tongue, but in deed and in truth.” said Mrs. Deschênes, president of the Co-Pain Hope Committee. Driven by this inspiring word and by the life of Father de Montfort and Marie-Louise Trichet, the members of the Committee sought simple and concrete ways of connecting with simple, lonely, vulnerable and elderly people.

Garden Party
Many outings were organized since its creation in 2016 to create links, break the loneliness and bring these people, who are often ignored, to enjoy pleasant times with others. The most recent moment was the garden party on the terrace of the Sanctuary in August.

Under a radiant sky, around sixty persons from different backgrounds were assembled to share a meal under a tent and participate in games and entertainment. For this occasion, each committee member, sponsored someone. The aim was to foster closer relationship. 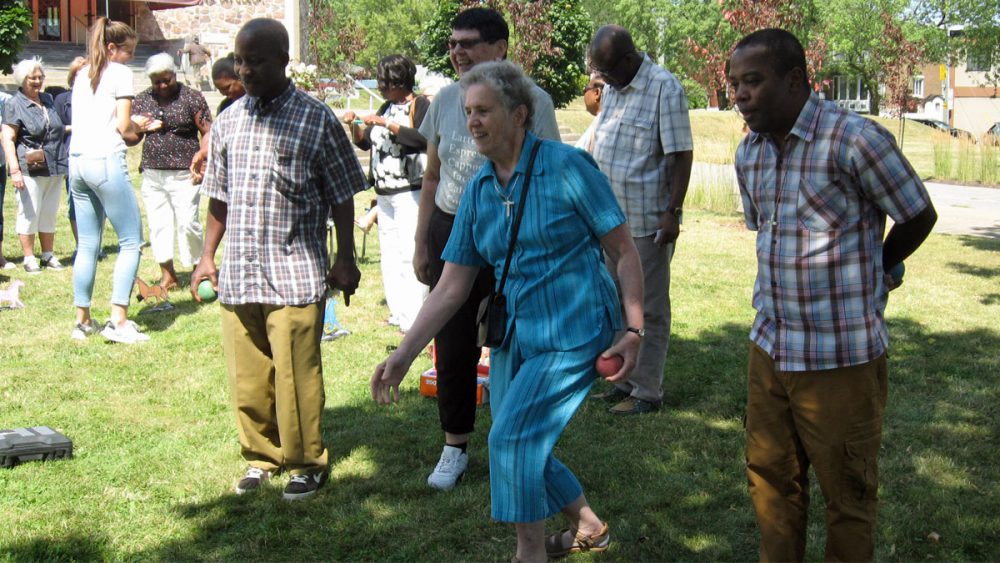 These invited people had previously been participating in different activities: visit to the sugar bush in Joliette, an apple-picking trip in Rougemont, a meal at a restaurant in Hochelaga and a Christmas celebration.

So close to the poor, yet so far
Despite the good intentions of all, the statement is striking for Mrs. Deschênes and Sr. Sylvie Bélanger DW. “We realize there is a gap between these people and us. In fact, we are evangelized through contact with them.” It is unnerving and at the same time, it allows us to better understand their reactions.”

Thus, the members of the committee grasped deeply the prophetic meaning of this year’s pastoral theme, “Si close to the poor, yet so far. Let us allow ourselves to be touched…”

From one activity to another, the organizers become aware that they derive a lot from these moments of encounter. While this largely offsets the time invested in the organization, planning and evaluation, one desire remains: to break the isolation of these vulnerable persons, to give them confidence and make them enjoy pleasant moments.

The other goal of the committee is to attract more participants mostly among the Montfort Associates and the Friends of Wisdom, by offering them opportunities to take action.

A reminder that the Co-Pain Hope Committee is also composed of Bro. Gilles Paquette, smm, and Mrs. Marie-Lourdes Jean and Sr. Doris Rodier DW. It is under the responsibility of the Pastoral committee of the Marie-Reine-des-Cœurs Sanctuary, situated in East Montreal. 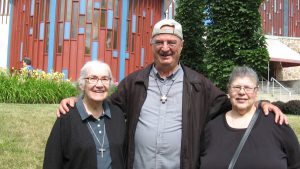 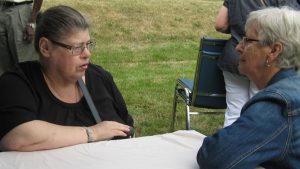 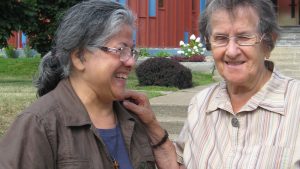 Co-Pain Hope Committee: reaching out to others

Two religious Sisters, Daughters of Wisdom of Canada, work in the Co-Pain Hope Committee, an initiative of the Marie-Reine-des-Coeurs Sanctuary’s pastoral committee in Montreal, based on the Word of the Gospel, “Let us not love in words but in actions.” Discover how this committee manages to get in touch with vulnerable people from various backgrounds.