News
You are here : Home / From the known to the Unknown

From the known to the Unknown 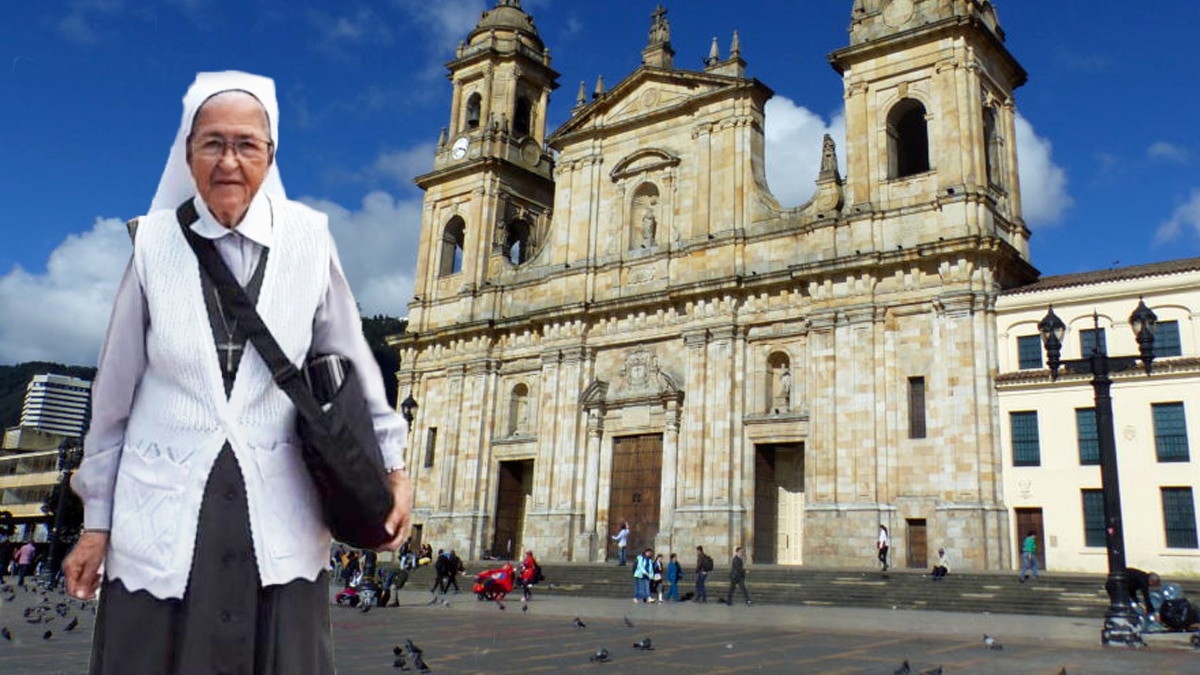 I was born on March 31, 1937, in a deeply Catholic peasant family near Saint Rose of Osos, Colombia. My family was blessed with 10 children: 7 boys and 3 girls, including me, the youngest. My parents Martin Ruíz and Benilda Osorio loved me dearly. But the peace and joy of the family died out quickly when my mother became seriously ill and died. She was 43 years old, and I was 10. As soon as she became ill, my father brought me to my uncle in Yarumal, very far from our home, hoping to come back to pick me up once my mother was better.

It was the weak link in the chain of landslides that was just beginning. It was for me an opportunity to learn like Marie-Louise to “leave the known for the unknown”. I said goodbye to my mother whom I never saw again. At that time, communication was very slow and I had the news of her death 15 days later. With my parents, I learned to walk with the Virgin Mary.

In 1950, when I was 13, my father came to bring me back home. At 15, I heard the Lord’s call to religious life. After having witnessed the religious profession of two cousins, I asked to enter the Congregation. The answer was negative, for I was very young and needed to continue my studies. Finally, the Daughters of Wisdom accepted me. I was overwhelmed with joy! They received me for free but I was to pay the cost of the plane ticket. It was quite a challenge to leave my family, my region, and head for the unknown! I had to take the risk. I was determined. Despite their poverty, my family financially helped me. In 1953, arriving in Bogotá, I saw the Daughters of Wisdom for the first time. I was disappointed for I dreamed of wearing a veil!

In 1955, after two years of schooling, I became an aspirant. But the Superior asked me to interrupt my studies. How can I refuse? With apprehension, at her request, I left for Villavicentio College and the experience was positive. In 1956, I remained in Bogota to work in a school for poor little girls. Then, in 1957, I permanently left my family to enter the postulate and in 1958 I made my first profession. Without delay, I was sent to Wisdom Institute in Bogota with the blind children while continuing to study. Early in 1960, another mission surprised me, as I was sent to Acacias College in the East. After this separation, 22 obedience followed, calls to “leave the know for the unknown” in what remained of my 61 years of religious life. I said yes to all of them. I make special reference to two very difficult experiences that occurred later. In 1970, I was sent to a small village in a boys’ public school where, happily, I stayed 9 years. In addition to my school work, I directed the foundation of a house for the elderly and abandoned. I worked with my community, a group of young people and the Vicentine society.

A few days before inaugurating the first stage of the work, I was asked to go to Bogota to become part of the initial formation team. It was very difficult for me to leave once more what I loved and knew for the unknown. But this “yes” was a fundamental link for the future, for it opened the doors to two international experiences, thus preparing me for a more radical “Yes”. The Mother General suggested that I to Congo, collaborating to initial formation. I did it, from 1986 to 1993. I came back to Colombia and 14 years later, I was back in the Mission from 2007 to 2009. Two demanding and wonderful missionary experiences that I cannot forget.

And now, as my 83rd anniversary approaches, I collaborate with the Laura Vergara Institution. I am ready to go with the elderly Sisters to prepare myself to receive my last obedience that will lead me to the definite encounter with the Lord.