News
You are here : Home / The Daughters of Wisdom: a congregation of women in the Vendée (continued)

The Daughters of Wisdom: a congregation of women in the Vendée (continued) 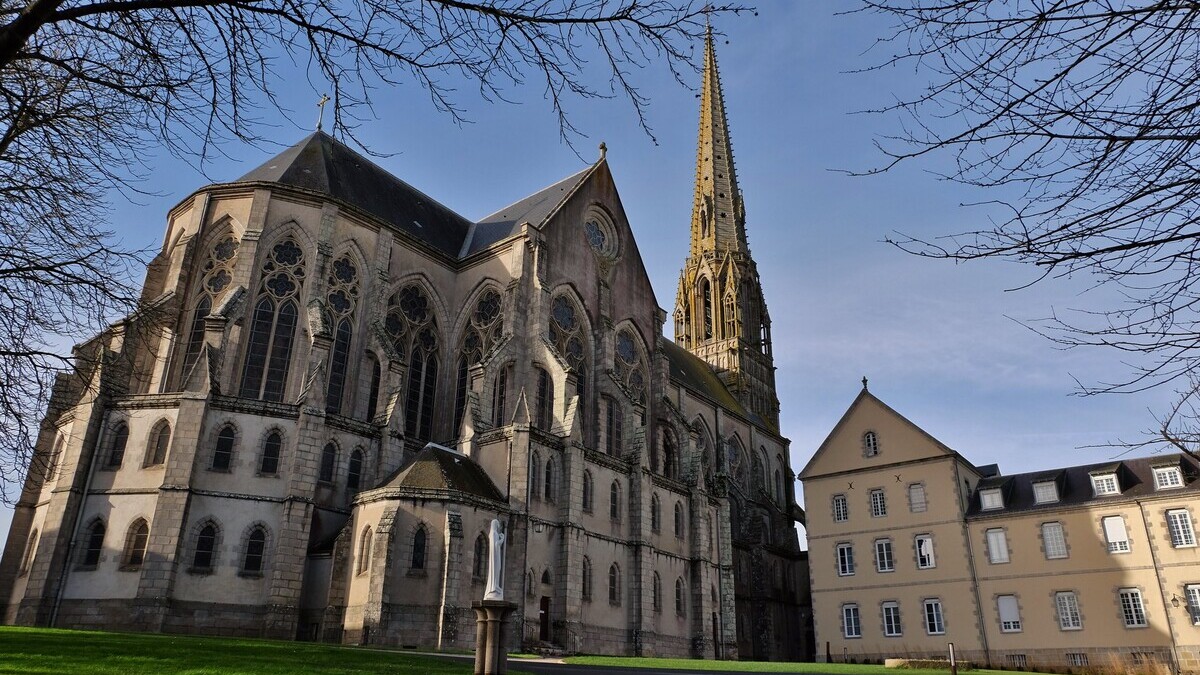 Since 2015, within the framework of a scientific partnership between the Department of the Vendée and the Congregation of the Daughters of Wisdom, the Departmental Archives have been responsible for the management and development of the historical archives kept in the Mother House of the Congregation in Saint-Laurent-sur-Sèvre. The Archives of the Vendée invite you to discover in a few chapters, episodes marking the history, the organization and the actions of our Congregation. Discover the Chapter II. “The Daughters of Wisdom write their history (continued)”.

CHAPTER II (continued). The Daughters of Wisdom write their history

In the 20th century, two sisters took on, in addition to their religious habit, the role of archivist and historian. They can be considered as the heirs of Sister Florence and Sister Agathange, chroniclers of the Congregation in the 18th and 19th centuries.

1703-1900, two centuries of history of the Congregation described by Sister Stephanie of the Sacred Heart

Jeanne-Françoise Dervaux, Sister Stephanie du Sacré Cœur, was born in the north of France. She entered the novitiate of the Daughters of Wisdom in 1901 and made profession in 1902. She worked as a teacher successively in Nantes, Bordeaux and Nijmegen, which she left in 1935 to join Saint-Laurent-sur-Sèvre where she devoted herself to the history and archives of the Congregation.

In 1950, she published Folie ou Sagesse…? (FDLS BIB 418), a book devoted to Marie-Louise de Jésus, the first years of the Congregation and the foundation of the first establishments (house of instruction, houses of charity, hospitals…). The result of thirteen years of meticulous research, the book is rich in details, anecdotes and portraits such as those of Catherine Brunet, second Daughter of Wisdom, of Mme de Bouillé, benefactor of the work, or of the Count and Countess of La Garaye, founder of the house of charity in Dinan ( FDLS WF 39).

Jeanne Françoise Dervaux continues her study in Le doigt de Dieu, les Filles de la Sagesse après la mort des fondateurs (FDLS BIB 421-1 to 3). The two volumes of this book cover the history of the Congregation from the death of Marie-Louise de Jésus in 1759 to the dawn of the 20th century. It includes a very useful chronology of the major events experienced by the Congregation between 1800 and 1900.

The author returns to the new charitable works undertaken by the Daughters of Wisdom in favor of the specialized education of deaf-mutes and blind people in the 19th century (volume 2, p. 95). She traces their installation at the Chartreuse d’Auray boarding school (April 30, 1812) and in Lille (1835-1839) as well as several remarkable experiences of the sisters: Sister Gilbert (1817-1844), a talented draughtswoman who was struck blind in 1840 and who continued to paint until her death, or Sister Marguerite, who managed to communicate with Marie Heurtin, a deaf-mute and blind from birth

The Daughters of Wisdom in the 20th century: the work of Sister Simone de Marie

Marcelle Lepers, Sister Simone de Marie, was born in Roubaix. She entered the novitiate of La Sagesse in 1934 and made her first vows in 1935.
She was sent to the Saint-Pierre institution in Lille in September 1935, where she was a teacher (in philosophy and French), and then director until 1957, with a short stay at the Ambleteuse community between September 1939 and August 1940.

In 1974, she returned to France to the Mother House where she remained for 30 years as the person in charge of the archives of the Congregation.
Marcelle Lepers took up the history of the Congregation at the point where Sister Stephanie of the Sacred Heart had left it. The three volumes of her book Dieu écrit droit : les Filles de la Sagesse au XXe siècle (FDLS BIB 642-1) illustrated with numerous photographs, facsimiles and tables, form a very complete synthesis of the history of the Daughters of Wisdom in the first half of the 20th century.

The “Sisters of the Soldier” during the First World War

Sister Simone de Marie devotes an entire volume (volume 2) to the action of the Daughters of Wisdom during the First World War: the nuns mobilized en masse to bring relief and care to the war wounded.

The Congregation offered the establishments under its care, as in Rennes, to receive the wounded, organized volunteer hospitals or worked with outside organizations (Health Services, Red Cross Committees, etc.). It was in these makeshift structures, called “ambulances”, that the Daughters of Wisdom ensured the surveillance of the wounded, particularly during the night shift, and the care of the wounded and their equipment (sterilization, laundry, expenses, etc.). They took care of contagious diseases or German prisoners, and were also in charge of announcing to the families the death of their fallen soldiers.

In relieving the suffering of soldiers, the Daughters of Wisdom developed a special relationship with their patients, some of whom found comfort and refuge in faith. The sight of this pain, as recounted by the Sisters in their letters or journals, gives us a glimpse of the dedication they showed in the face of the horrors of war.

From the Red Cross in Nantes, on October 20, 1914, Sister Appoline writes: “During the night of Saturday to Sunday, we received at the station eight hundred sick people […] Since Sunday at noon, the operations follow one another, even at night. Doctor Rivet has just cut off both legs of a twenty-one year old boy. At the last one, I missed my heart… At two o’clock, we were waiting for a train of three hundred wounded, and for this night, five hundred. They are riddled with shells […] We found even straw in the bandages. One poor wretch had eaten away at his nameplate from suffering. Ah, my dear Mother, I assure you that we do not count our fatigue in the face of such misery” (FDLS Q 2022).