News
You are here : Home / “Affordable Housing and Social Protection” 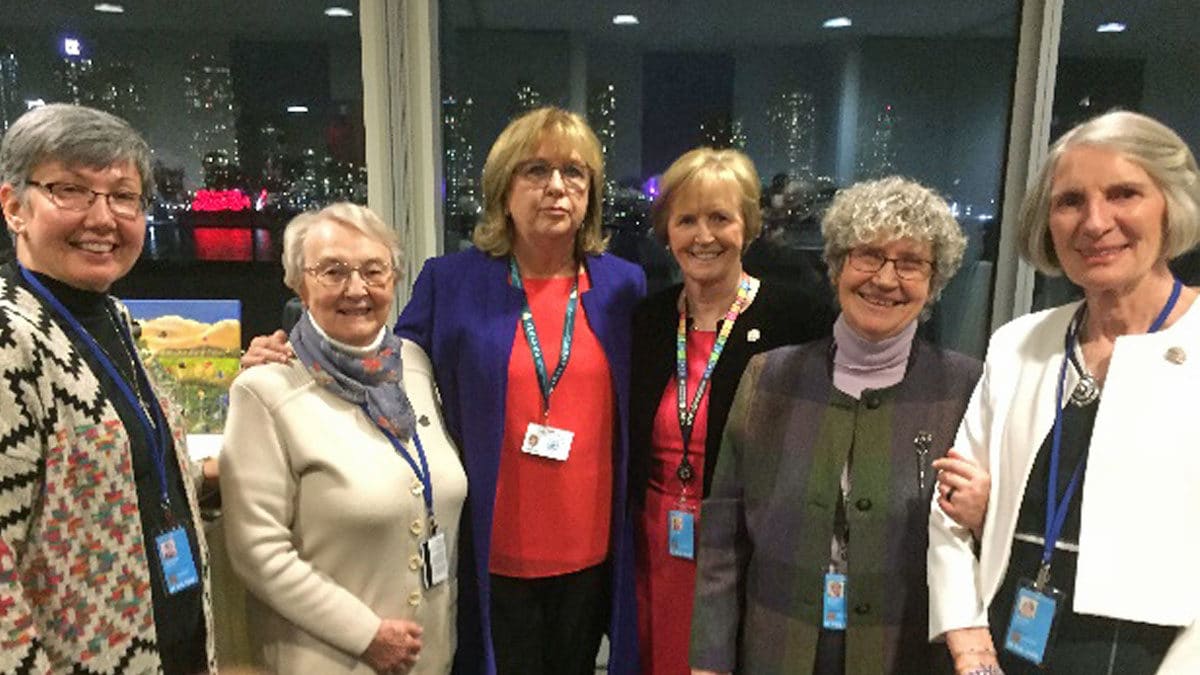 My visit to New York from the 8th to the 15th of February was a most joyful and privileged experience, and one in which as a Daughter of Wisdom, I felt a great sense of pride. The main reason for my visit was to attend sessions at the UN organised by the Commission for Social Development, having as its priority theme ”Affordable Housing and Social Protection”. What was most remarkable about this event, was that in the 75 years that the United Nations has been in existence, it is the first time that homelessness has been on the agenda! And what is wonderful about this historic breakthrough is that UNANIMA International and Sophia Housing, spearheaded by Jean Quinn, were very much at the forefront of bringing this about.

Whilst attending the sessions as an observer over a two day period, I also had the great pleasure of being invited to the presentation of the annual UNANIMA Woman of Courage Award being made to Mary McAleese, former President of Ireland.

On the first day, along with Gráinne Hilton, two of Jean’s relatives, members of Sophia, Ireland, and many religious who are affiliated to UNANIMA, were gathered with many other NGO representatives in the observer’s gallery in one of the very impressive assembly/conference chambers. The key note address was eloquently given by Mary McAleese. This was followed by a series of presentations on the issue of homelessness by six experts of which Jean was one of them, followed by questions from the floor. It was most interesting and informative but also starkly highlighted this global issue plus the complexities of homelessness which sadly is on the increase even in the richest and most developed countries of which we are only too aware.

At the end of this lengthy session we were full of admiration for the manner in which Jean had acquitted herself with great expertise and professionalism in such a daunting arena. It was also a historic moment in that it was the first time that a Daughter of Wisdom had been invited by the UN to speak at such a prestigious event!

The following day saw us gathered in a different assembly room where there was a different panel of speakers amongst whom were Mary McAleese, and Tony O’Riordan, CEO of Sophia, all of whom were again very impressive. The conference room was full to capacity with religious and lay personnel. And what was so striking were the energy levels, compassion for, and commitment to, the world’s poorest and voiceless.

The day concluded with a reception for Mary McAleese at which she was presented with the UNANIMA Woman of Courage award for her outstanding work in relation to the promotion of women and children and for courageously being an advocate and a voice for the voiceless.

This occasion also provided an opportunity for UNANIMA to launch two of its recent publications, “Hidden Faces of Homelessness” and “Family Homelessness”. The art work on the cover of the first publication is by Jean’s sister, Carmel Mahon. It is based on the song “Wherever I Lay My Hat, That’s My Home” Carmel was at the award ceremony and it was a very proud moment for her, when the painting was gifted to Mary McAleese, who was delighted to receive it! 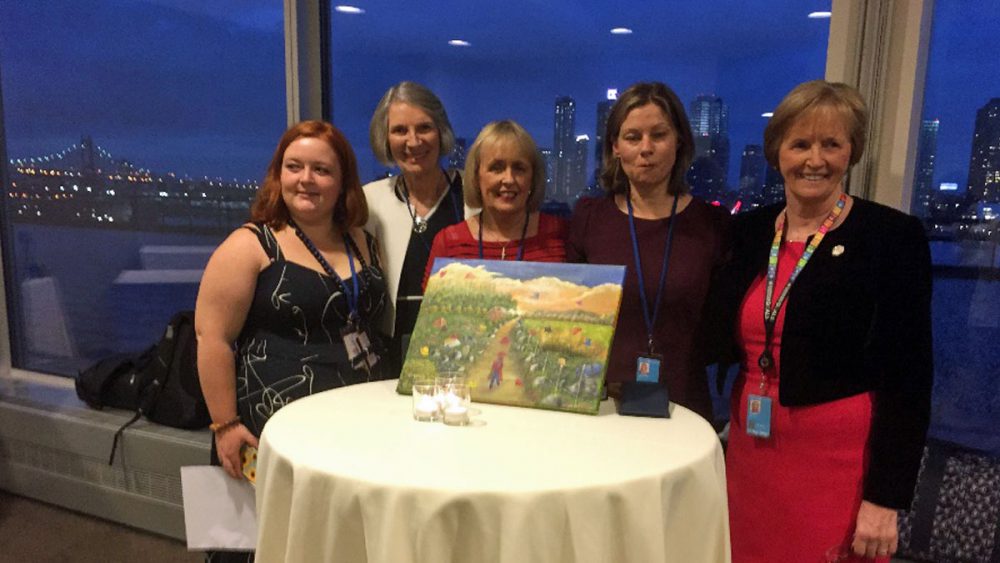 After two very privileged days at the UN, I returned with Cathy Sheehan, the Provincial Leader of the USA, to the Provincial House at Islip where I was most warmly welcomed. This was followed by several very enjoyable days visiting several communities and affording me the most unexpected pleasure of spending some time at Port Jefferson with Barbara O’Dea who sent special love to everyone.