News
You are here : Home / “My Grace is sufficient for you”

“My Grace is sufficient for you” 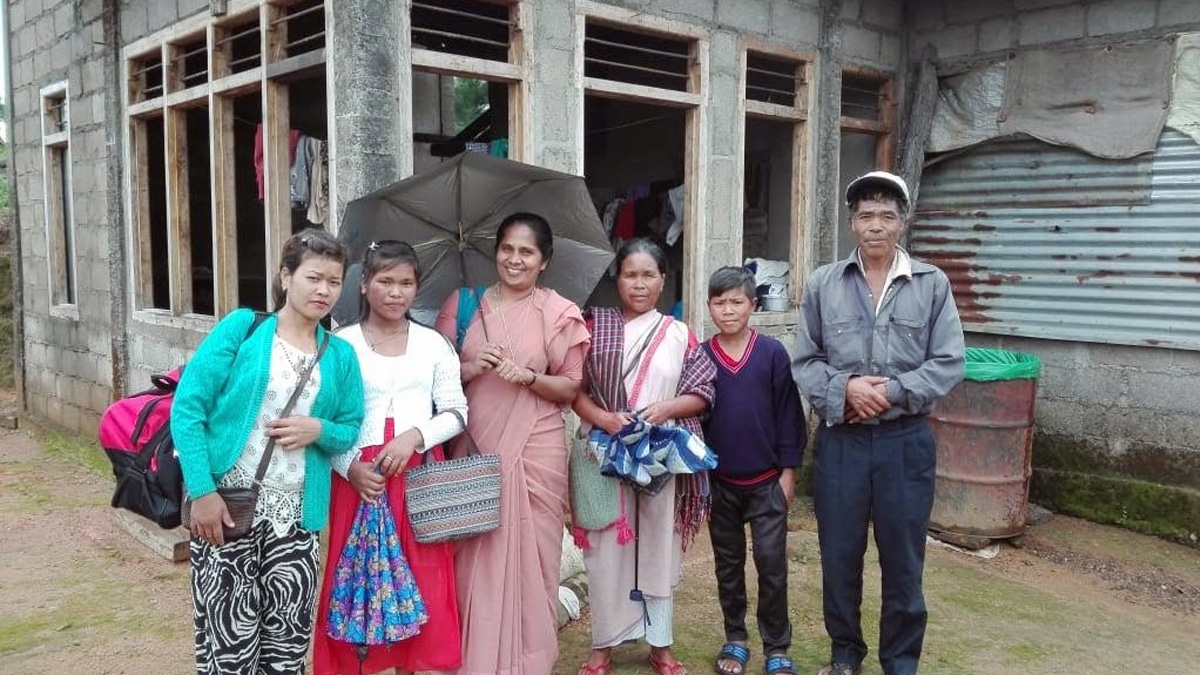 I was born in a devout and God-fearing family. The spiritual atmosphere in the family gradually drew my mind towards holy thoughts. One of such thoughts was ‘How it would be if I became a religious Sister?’  This was the seed of my vocation. The seed that was sown in the fertile spiritual soil of the family was nurtured and tended by my loving parents and my siblings. In the school my teachers too cared for it. Thanks to my wonderful parents, the desire to become a religious Sister took deeper roots and became robust plant as I grew up.

The thought of becoming a religious Sister did not come from nowhere. One of my aunts is a nun. Whenever she came home on her holidays, her dress, her affection and holy demeanor mesmerized me. Not that my mother was less holy. In fact, it was my mother who instilled in me a devotion to the Eucharist and motivated me to attend Eucharistic celebrations in the church. Very often my mother would open her treasure trove of holy stories of great holy men and women such as Mother Theresa’s, St. Theresa of child Jesus, St. Francis of Assisi, and so on and narrate their heroism in her own characteristic way.  During my early formative years these stories and pious practices introduced God to me as a God of love. I grew up with a desire to make God my best friend and the center of my life.  I looked forward to a day to offer my total self to Him and make Him the King of my life.

As a teenager in my high school days, I enjoyed the company of my peer companions. But I was different from them as far as my dream was concerned. As the desire to become a religious Sister was burning in my heart – vocation camps and retreats that I attended added fuel to this holy fire. By the time I reached my class X, I was convinced that God was calling me to a special life of enrichment.  A small still voice somewhere deep in my little heart was whispering: “It (religious life) is better for you.” Although teenage specific desires and dreams also were vying for my attention, it was not so hard for me to make my final decision. I was convinced that God was calling me to be a Sister in religious life. I felt that my happiness and meaning of life depended on responding to this invitation from God. 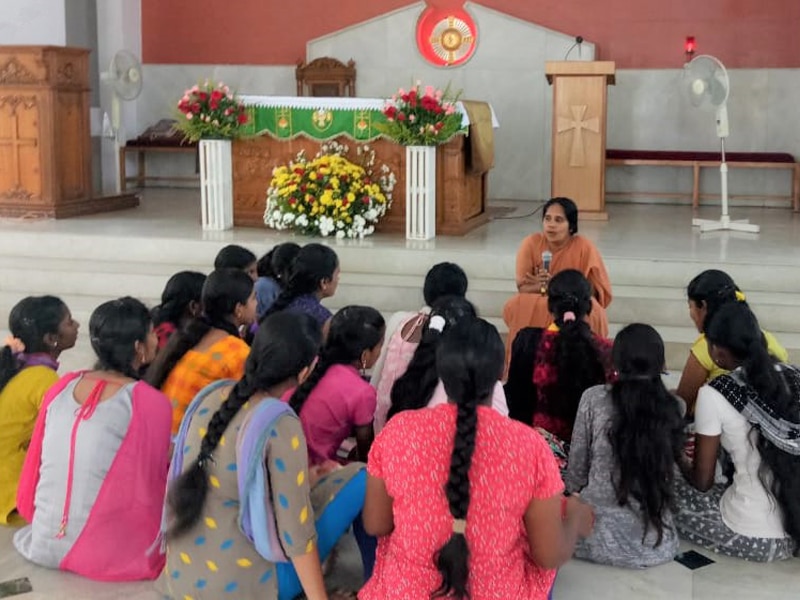 When I entered the convent, I did not feel like a fish out of water.  On the contrary I felt I was meant to be there and that was my home. I knew I had made the right decision. It was not at all a swimming against the current. I could get into the daily routine of the convent and rigours of religious life like a duck getting into the water. While studying the life history of our Founders I was surprised to find some significant events relating to my life. I was born on 14th September on the very day Ponchatau calvary was to be blessed. I was born in 1979, the year the Sisters arrived in India. 5th June was Montfort’s ordination day. That was a memorable day for me too.

Although the religious life was not a bed of roses, by and large I had a smooth sailing. At every stage my congregation took good care of me and empowered me to take up various assignments entrusted to me.  Today when I look back over my past years as a Sister, I feel that I have chosen “the better part” to be at the feet of the Lord and listen to Him and serve Him. By profession as a teacher, I enjoy immense fulfillment in teaching.  As a teacher I had the privilege of teaching all the classes from the first grade to the tenth grade. When administration was thrust on me, I have shouldered it quite well. I could get along well with the Sisters of my convent and strike a cordial relationship with my staff and colleagues in the schools. I love my congregation, and my Sisters, and I feel grateful to God for having been called to labor in the Lord’s vineyard as a Sister of Daughters of Wisdom. 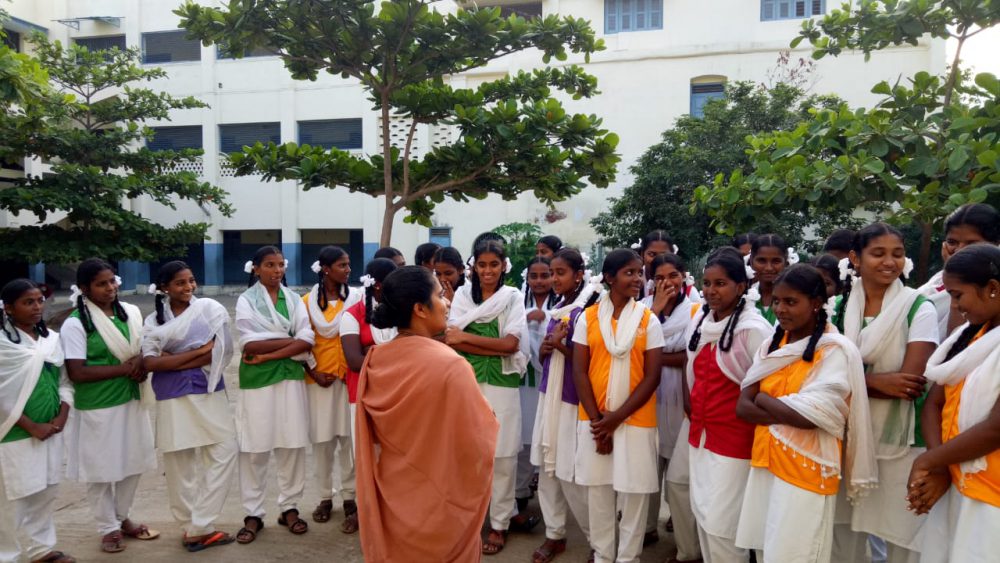 Living out this decision hasn’t always been easy. I’ve had my fair share of doubts, trials and grieving. Over the years I have realized that religious life is like the voyage in a sea. When the waves are favorable sailing becomes easy. But there are times we have to wade through the rough waves. The violent waves could toss and throw one’s life boat. But when going gets tough, the tough gets going because there is the hand of our Heavenly Father who guides us safe. At times Christ our Brother and Master appears to be sleeping; but He is in full control of our boat. When he says “Do not be afraid, I am with you…”  journey becomes safe and enjoyable. He is there inside the four walls of my convent as well as there in the places where I render my labour of love to Him.