News
You are here : Home / Official opening of the montfortian international formation 2022 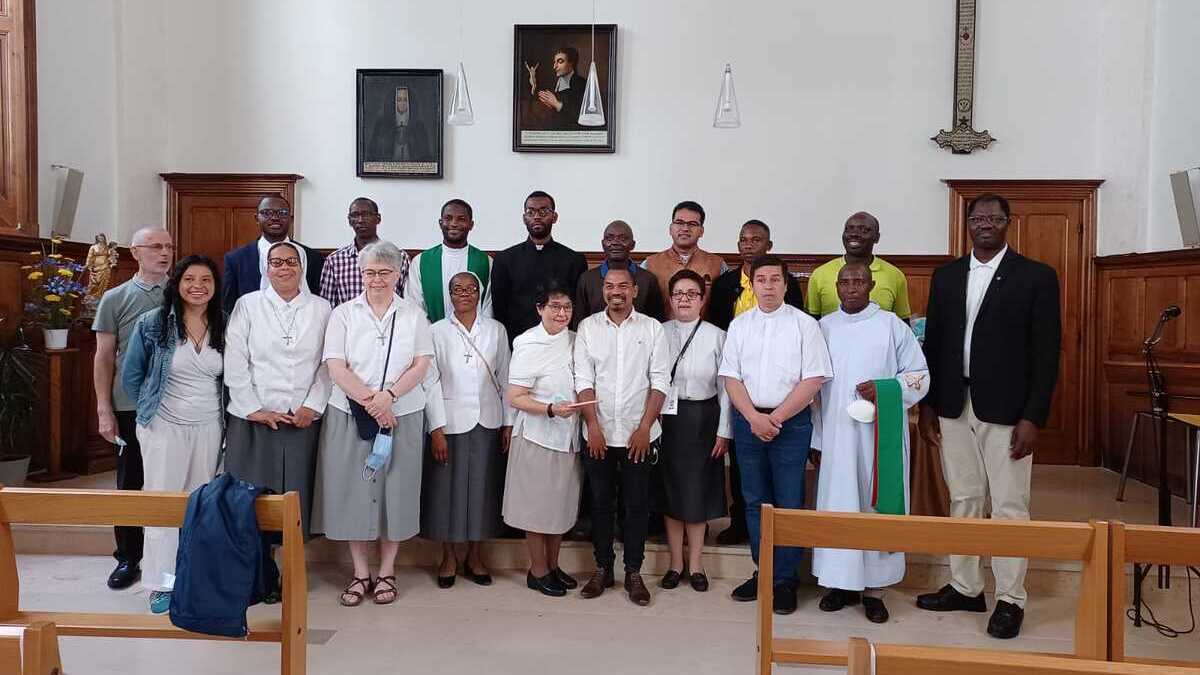 After a two-year pause due to the Covid 19 pandemic, the Montfortian International Formation once again welcomes members and Lay Associates of the three Congregations of the Montfortian Family. The French-speaking FIM session takes place at the Mother house of the Daughters of Wisdom in Saint Laurent Sur Sèvre from July 1st to August 14th 2022. Joy was palpable at the time of the welcome. 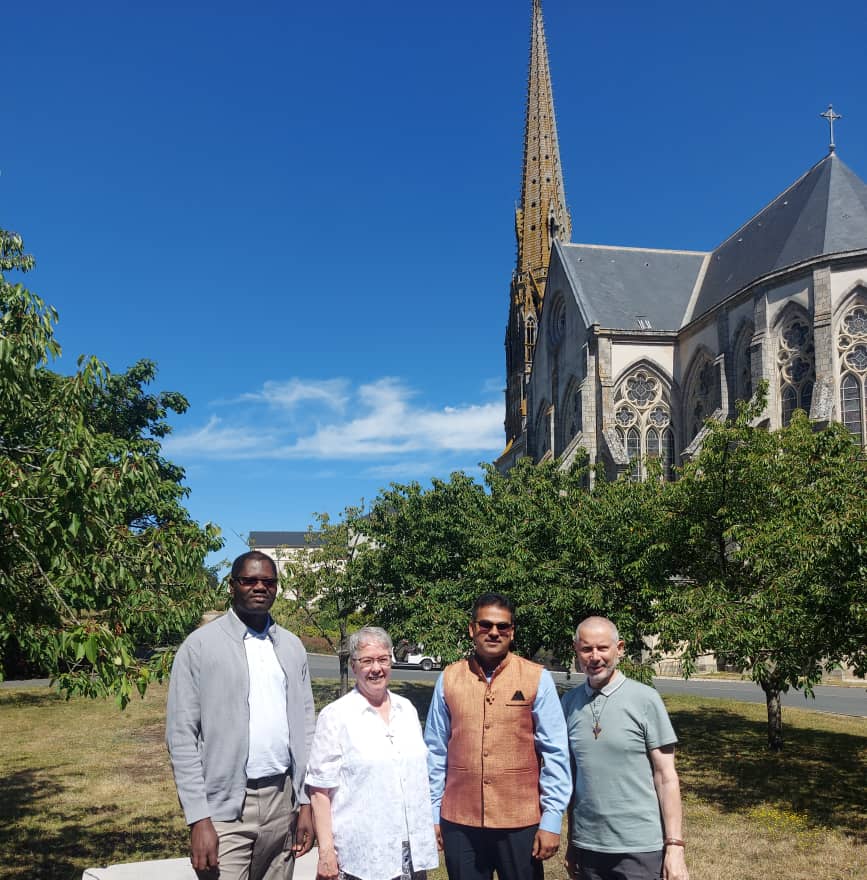 On July 2nd, the group composed of Montfort Fathers, Brothers of Saint Gabriel, Daughters of Wisdom and lay people, Friends of Wisdom, Associates of the Brothers and Montfort Fathers, arriving from 13 countries met for a day of introduction and organisation. Brother Maurice Herault fsg, Fr. Joji Kalarickal s.m.m, Br. Jean-Marie Ndour fsg and Sr. Marie-Reine Gauthier DW will ensure the facilitation and accompaniment of the group through out the formation. In the opening address, the Team invited the participants, apart from getting to know the historical places, to enter fully into a spiritual experience.

At the official launch on Sunday July 3rd, the group welcomed members of the General Councils. In the morning. Sr. Isabelle Retailleau, Vicar General of the Daughters of Wisdom and Br. Jean Paul Ndour, General Councillor of the Brothers of St Gabriel conveyed the message of the Superiors General. 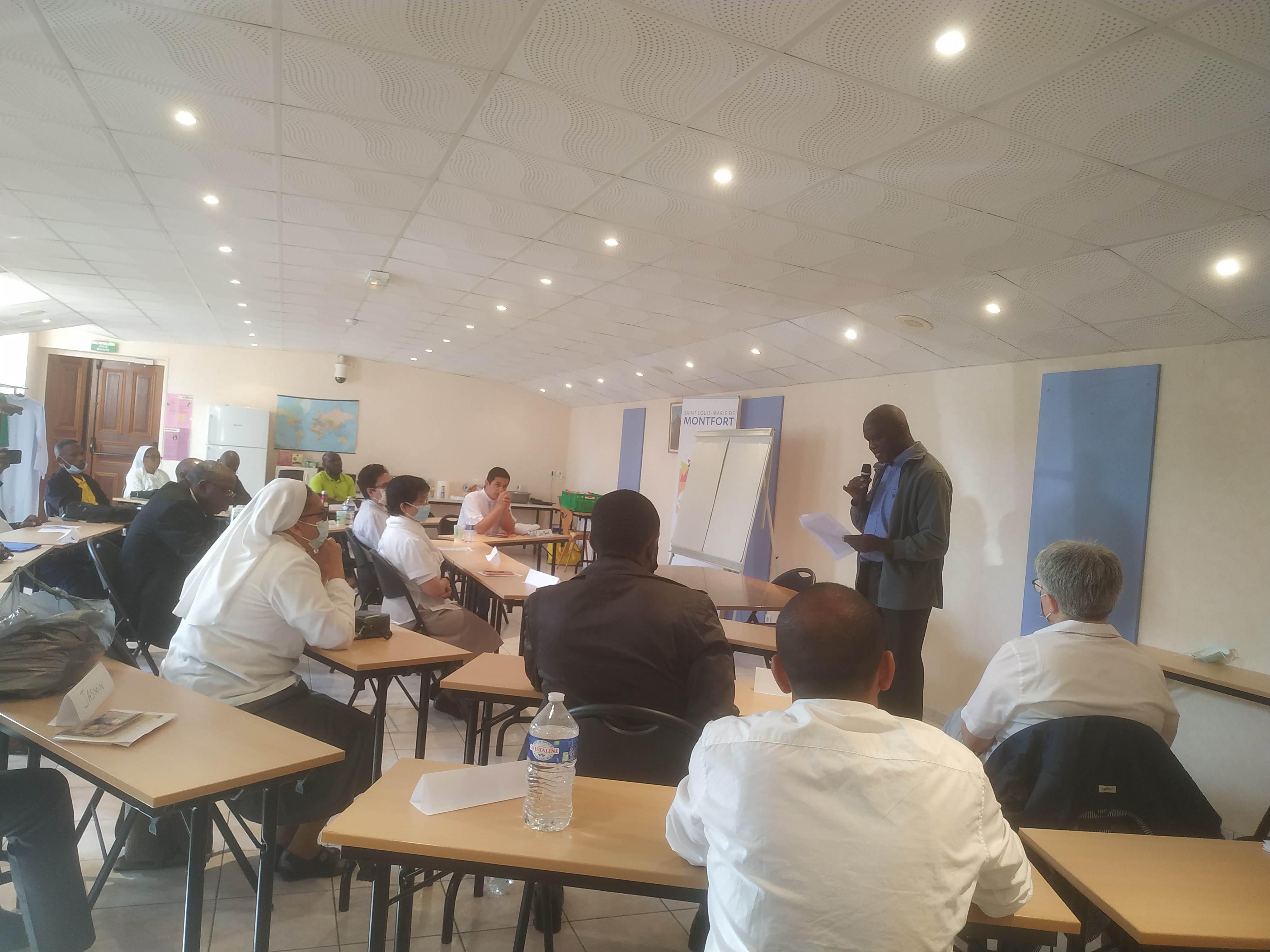 Councilors Fr. Arnold Suhardi, smm, Br. Jean Paul Ndour fsg and Sr. Antonella DW. In his message Br. Kallarackal said: « The International Montfortian Formation is intended to be a time when the participants re-read their personal history in the light of the Spirituality in order to reappropriate it, to live better and witness to it in their lives. FIM also aims to prepare members of the three Congregations and Lay people for the transmission of the Montfortian spirituality and mission by integrating the specificity of the three Institutes.

In her message on behalf of Sr Rani Kurian, Superior General of the Daughters of Wisdom, Sr. Isabelle invited the participants to draw on the bedrock of their call at the heart of the spiritual experience of interdependence and communion that they would live. 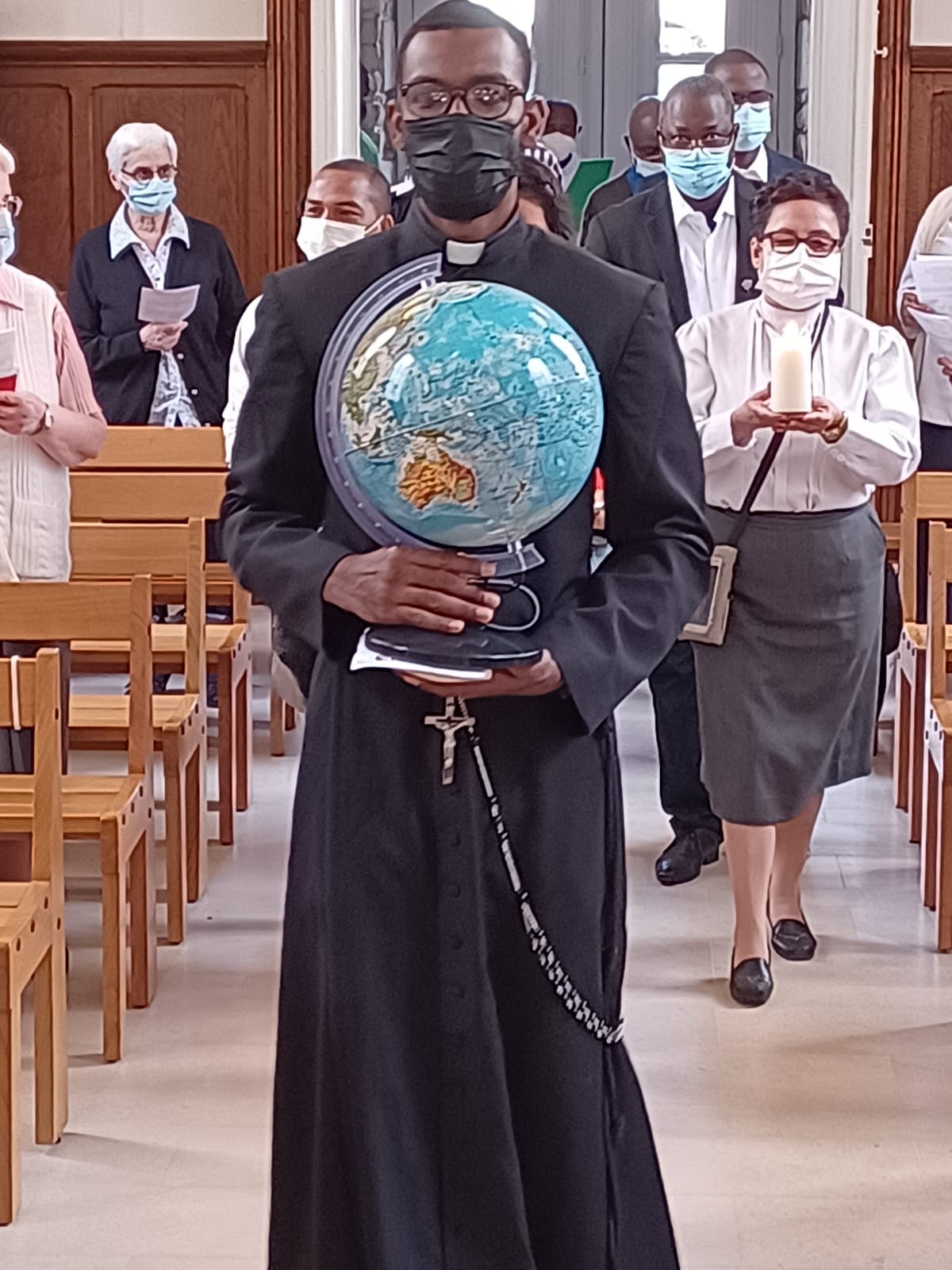 A festive Eucharist, prepared by the participants of the session, was celebrated in the Founders’ Chapel in the presence of the Sisters of the Mother House, Sr. Thérèse Fabien DW, Provincial Councillor of France and Brother Yvan Passebon, fsg, Provincial Superior and other guests. In his homily Fr. Joji Kalarickal,smm, the main celebrant said: “WhenJesus calls, he says, follow me. After the initial formation with Jesus, he says ‘go and proclaim’. We are here for FIM to follow Jesus as our beloved founder Montfort and Marie Louise showed us. After this formation, we are sent to share and proclaim this experience of good news to others. The proclamation of the gospel is Jesus’ call to us all.

The pilgrimage has begun. Each of the participants slipped on his or her backpack, walking shoes and set off in the footsteps of Christ Wisdom who is leading them on an interior journey.