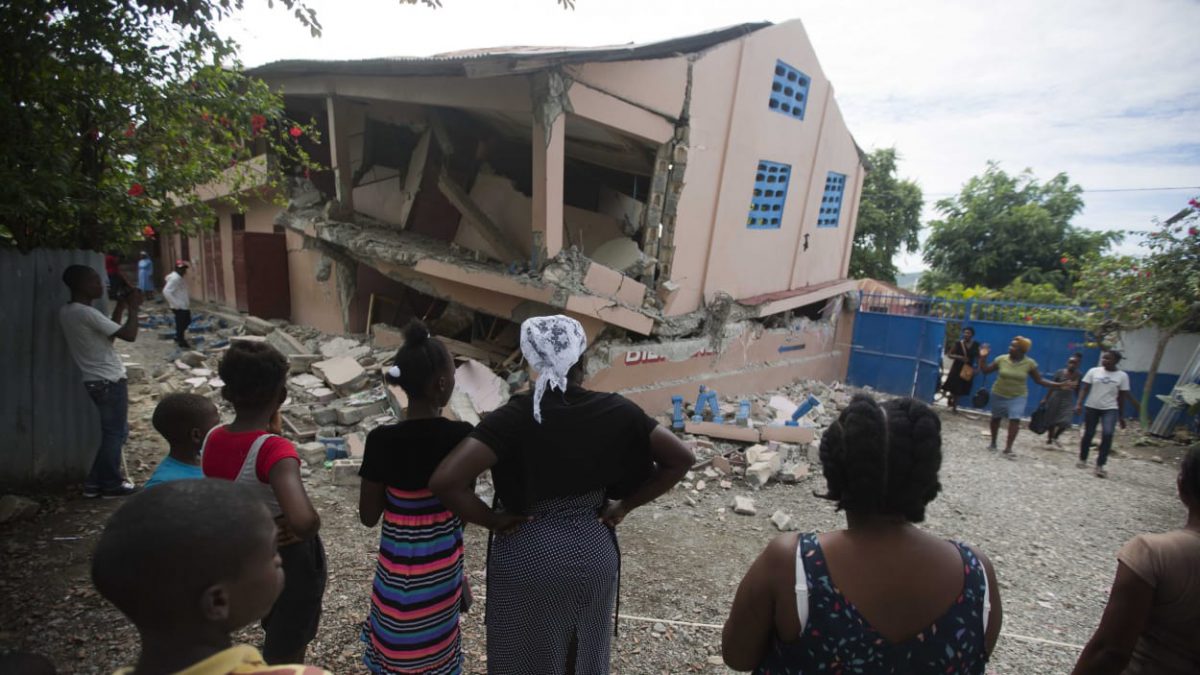 I wish to give you, by this letter, some information about the earthquake that took place in Haiti on the night of 6 to 7 October. This morning, Sr. Sandrale wrote to give us more news that I want to share with you:

Last night at 8:13 pm an earthquake hit the northern part of the country, but it is in the cities of Gros-Morne, Plaisance, Port-de-Paix and Saint-Louis-du-Nord that there was greater damage and sadly registered most of the loss of life. Thanks be to God, our Sisters Evodia and Marie Lunette Lamy of Saint Louis of the North are safe. At Cap Haitien and Port-de-Paix the buildings are still standing. I do not have all the details because I am since yesterday, 4 hours before the earthquake, arrived at my parents’ home that I had not visited since early May. The first shock to Hinche, where I am with my parents, was strong but no damage occurred.

For us, Daughters of Wisdom, the wall of the residence of the Sisters and our school of St. Louis du Nord are badly damaged with huge cracks. The house is uninhabitable and the school will not be able to function in the premises as they are. That’s the situation. The wooden buildings with their very old metal sheet roofing which were already in bad condition are destroyed and one of the classrooms is also completely devastated. Really misfortunes on misfortunes come to us and overwhelm us. But we continue to trust in the Lord who will not abandon his people.

The house of St. Louis du Nord is the second house that was built at the beginning of the mission in Haiti so it goes back to the end of the 19th century. Since the great earthquake in 2010, even though the houses of Cap Haïtien and Port de Paix have not been affected, our sisters prefer to sleep outside in the rain because they are too afraid to sleep indoors. The northwest area where the earthquake occurred is one of the poorest areas of the country.

I ask you to share this news with the sisters of your Entity and to invite them to pray our founders and Our Lady of Perpetual Help that they give courage to our Sisters and the Haitian people to face a new ordeal that adds to their already great precarious situation.

With my affection and my prayer,